South Asia's IT – Industry or Excuse 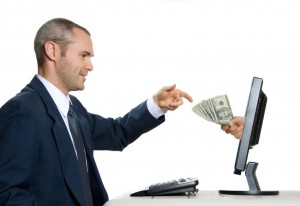 Peace everyone.
An established ‘dogma’  – If (outsourcing IT) then {Territory= South Asia}.
India undoubtedly stands as the undisputed giant when it comes to IT resource outsourcing. Emerging markets like Pakistan, Bangladesh (and certain middle eastern countries) have yet to come anywhere near its exploits.
While we all know these things, we seldom come across hardcore facts relating to why exactly does such a complex, high qualification requirement industry get outsourced to relatively underdeveloped regions and third world countries.
Here are some stats that we need to see, before getting to our real question:
Pakistan’s IT industry has grown at 40% CAGR during 2001-2007, and it is estimated at $2.8 billion as of last year, with about half of it coming from exports. This pales in comparison to over $5 billion revenue a year reported by India’s Tata Consulting alone(2008).
The revenue per employee for the top Indian IT firms of Wipro, Infosys and TCS ranges between $40,000 and $50,000 per employee per year…about $20 t0 $25 per hour per employee, according to Gartner. The Indian revenue per employee is quite competitive relative to the US firms IBM Global Services, EDS, ans Accenture whose revenue per employee exceeds $150,000 per year, about $75 per hour. In comparison, the average figure of $28000 per employee per year (or $14 an hour) is extremely competitive for Pakistan’s IT industry average. Probably the higher-end firms make more while others make less.
Getting to the question – Does ‘money’ make the ‘IT’ world go round? Is the South Asian IT Industry for real – or is it just a low cost workaround, much like batteries from China – everywhere, but not really there. As of today, are ‘cheapest rates’ all that are left to consider in this once-technological industry?
Statistics from 2008 clearly show that this is so – growth of the Indian IT market, followed by that of Pakistan is a mirror reflection of the same case repeating itself – cheaper rates getting more growth. For you, Is the ‘rate’ really what IT is all about? Distributing points from a total of 10, what would be your scores for QoS(Quality of Service) vs costs?
Mine would be 7/3 , meaning QoS is twice as important (for me) than associated costs. Because, well.. good things dont come cheap.
Have your say people, constructive comments welcome.
Data Sources:
http://southasiainvestor.blogspot.com/2009/10/pakistans-multi-billion-dollar-it.html
http://www.sed.manchester.ac.uk/idpm/research/is/isi/isiexpt.htm