HomeEphlux InsightsBlogNexus One – Google set ready for the Phone Market

Nexus One – Google set ready for the Phone Market 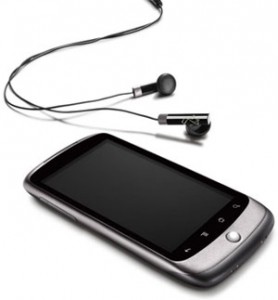 Google’s much anticipated new phone, Nexus One, came out in the market on January 5, 2010. This android 2.1 based phone, manufactured by HTC has already been declared as a ‘Motorola-Droid Killer’. But now it is predicted that it would not take long to parallel the iphone. In fact, it is already like an iphone with a bigger screen, a scroll wheel and obviously the ‘fast & stable’ Android 2.1 OS. Furthermore, it has a Snapdragon 1 GHz processor along with a 512 MB RAM behind it.

The device comes with a 3.7 inch AMOLED capacitive, multi-touch enabled screen and an expandable memory of 32GB (which, I guess, is more than enough for many of us). To me (and to other photogenics out there), it is the camera that will matter the most, and images captured with its 5-mega pixel snapper surely takes over those of a 3.15 mega pixeled-iphone. The only thing missing from this phone is a physical keyboard. But it is not something to be cried about as many of us already have built up a habit of ‘tapping screens’.

The Nexus One is still lacking in some areas, people who are ‘app-holics’ would have only 20,000 apps to choose from, whereas iphone comes with around 4 times more.

Coming to the conclusion – It seems that Google’s goal is to spread Android more wide than deep, maybe this is precisely the right phone at the right time.

If you had an option amongst these three devices: Nexus One, iphone, or Motorola Droid, what would you choose and why? Feel free to provide your opinions and ideas.