Is Google acquiring Groupon to kill competition or capture an untapped market?

Google is near a deal to acquire Groupon, the pioneering online discounter, for as much as $6 billion, people with direct knowledge of the matter told DealBook on Monday. A deal, in the $5 billion to $6 billion range, could be struck as soon as this week, these people said, cautioning that the talks could still fall apart. The deal would also be Google’s boldest foray in local business online advertising, a large and untapped market it has been trying to get into, most recently.
The Groupon deal offers 50 to 90 percent off retail goods and services, via restaurant certificates to skydiving lessons. It has grown beyond local merchants to encompass retailers like Gap and other large producers, which offered a 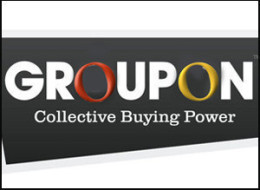 nationwide deal this summer. On the day of the Gap promotion, Groupon sold 440,000 units and generated $11 million in revenue.
Groupon’s success has helped turn the company into a cash-generating machine, signing up more than 12 million registered users and reaping more than $350 million in estimated annual revenue.
An other opinion says that Groupon is sheltering itself by offering the acquisition to Google  so it can face rivals like Yahoo and Facebook in future.
People argue that M&A adds no value and this is one of those cases. M&A adds value to companies with strong and preditable cash flows and business models. Both Tech and Healthcare M&A is questionable and oftentimes results in little to no value-add.  However we know that Google is no-ordinary organization and an acquisition by Google must have been done after several marketing researches and financial studies.
Do you think that Google is acquiring Groupon to kill competiton or capture an untapped market? How do you think it will benefit Google and do you think this bid is inflated?
Article Reference: http://dealbook.nytimes.com/2010/11/30/google-is-said-to-be-close-to-buying-groupon/