Microsoft has launched the latest version of its mobile phone operating system, called Windows Phone 7 series. The software has a redesigned user interface and incorporates many Microsoft services such as Xbox LIVE games and the Zune music service. 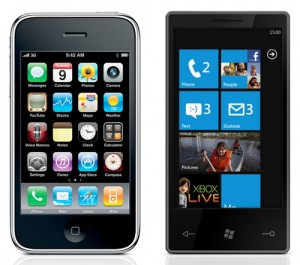 The software was introduced at an event at the Mobile World Congress in Barcelona.
According to research firm Canalys, Microsoft’s software currently has around 9% of the smartphone market. That puts it fourth in the global market behind Symbian, Rim (makers of the Blackberry) and Apple’s iPhone OS.
As for the competition, in a little over 30 months Apple has claimed 15% of the smartphone market, according to Canalys figures, whilst Google’s Android operating system has claimed 5% of the market in around two years.
The most interesting buzz surrounding W7M, however, has been the ‘tentative’ availability of Flash support, as stated by Adobe itself. Question – why is flash so hard to get, and how does this bode for the initial release of W7M. Do you see Microsoft overtaking the other three smartphone OS providers, or will W7M take as much time ‘stabilizing’ as other Windows predecessors?
Reference Links:
http://news.bbc.co.uk/2/hi/technology/8515915.stm
http://gizmodo.com/5471700/all-but-confirmed-no-flash-in-windows-mobile-7-at-least-at-first