Where is Apple going? 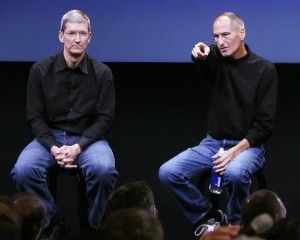 Apple has the legacy to maintain its supremacy in everything they have introduced in the market. From the Mac to 5thgeneration iPhone, Apple has shown record sales of its devices.
Is it the right time for apple to increase its product line or still to rely on the existing one? With wowing gadgets such as Google glasses coming up, can we really bank on the fact that such inventions will not impact the overall strategy of Apple.
According to few critics, Apple has overly relied over the impressive yet small product line.
How long would this strategy keep Apple competitive? According to one perception this question has been answered already with Android gaining 72% of the smart phone market share which is mostly owned by Samsung and HTC.
Is it safe to say that this selective portfolio is enough for Apple to maintain its