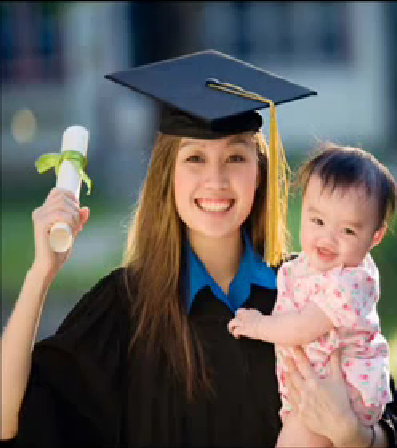 Ephlux designed and developed a highly interactive Facebook application to help a US countrywide education scholarships and funding provider company succeed in its viral and experiential marketing campaign.

Ephlux came across an exciting opportunity through its partner network in California. An Education Scholarships Provider company, which focused on mothers and guardians for providing them scholarships to help them continue their education, required to launch a powerful social media Facebook Application to maximize its awareness. There were two basic objectives for the development of this project, the first being a highly interactive application resulting in high user experience. The second was creating a viral effect among the Facebook audience to promote and nominate best mothers for scholarships, which were unable to complete their education due to the responsibility of their children. The four main actors of the Facebook App were the administrator, nominated individual or nominee, nominator and the sponsor.

Ephlux initially created a communication intensive project plan with 3 scrum sprints and assigned its specialized Social Media Business Analysts to study the needs of clients and understand the objectives, anticipated user stories, briefs and scenarios. The project was communication intensive with thorough focus on the minute details and nitty-gritty’s of the project. Ephlux Project Management Team, associated partners and client held frequent meetings nearly every alternate day to make sure the analysis is performed flawlessly.
Meanwhile in the analysis phase, the design team kicked off with the known elements such as banners, buttons and style sheet of the project. In parallel the database and development team started developing generic modules which got finalized in the analysis.
The main modules of the project were the Nominee Point System, Application Back Office, integration with external system via Windows Service and Registration Module for Facebook users and external users. The Nominee Point System required nominators and sponsors to post videos, pictures and other interactive content (Youtube integration) if they want their particular nominee to win the scholarship and get rewarded.
The practical element of the Application was the need of allowing nominators to nominate individuals who were non-Facebook users. As a lot of parents and guardians are not present on Facebook but could be well deserving candidates of the scholarship, to cover this aspect Ephlux developed a smart option of nominating any individual who is not on Facebook. On a weekly basis the system would generate a report and display the top nominations who secured highest points with the help of the content shared by their Sponsors and nominators.
On the customers end there was an external entity, a funding organization that provided scholarships, and wanted to support this program. To take full benefit of the customer’s relationship with the funding organization, another criterion was introduced for the scholarship points. This required the nominee to write an essay and send it to the organization, upon which the organization would award special points to the nominee. For this Ephlux developed a special integrated module that would transact this information with the external system of the funding organization.
During nomination process, nominators can build a case for the nomination and add videos and pictures of nominator. Pictures are saved in their Facebook albums, and videos on Youtube.
Every sponsor is then given a build case screen so that they can add more material. The administrative back office allowed the management to monitor different marketing and sales aspect as a result of the Application. Plus the administrative controls allowed the management to control the point system based on the user response and feedback. The Application UI design was highly modern with Facebook Jquery controls and elements which created a brilliant look and feel.