Investing in social media marketing can be a hard decision. Focusing on a single platform can be tough. To know the direction of the social networking club and how to join it is important in getting a social media strategy that gets the best for your business.
With 2013’s final quarter already started, we look into the crystal ball at the trends that will rule social media in 2014. 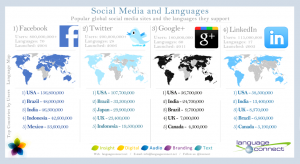 1. Social Media – Be There or Disappear
If you’re not living under a rock, you must know that social media presence is already a must have for any business. But while that opinion has gained popularity in 2013, it will be one of the golden rules of 2014.

As theses benefits become more apparent to businesses, we see specialists appear in this field. Rather than assigning social media duties to existing employees, organizations are starting to hire social media strategist or full time social media managers.
2. Google – Back in the Race
Google+ having 343 million users logged in each month is second only to Facebook leading the pack with the most number of active monthly users at 1.15 billion.
Google+ isn’t just the ugly sister among social networks anymore. It’s using its platform to collect personal data like demographics, locations, device used etc. Google+ is progressively playing more part in Google’s master plan in relation to SEO, social signals and making a more personalized search experience possible.
Businesses lacking diversity in their social media presence will go to Google+ to find the closest they can get to a ‘something for everyone’ social network.
3. A Picture is worth a Thousand Words
People are more attracted to pictures and videos rather than textual content. Social networks that focus on images will hit success by high margins. We’ve seen sharing through pictures and videos on the rise in 2013. That trend is set to increase to even more in the year to follow. Visuals will become an integral part of any solid content marketing strategy.
Websites like Pinterest will stop being labeled for being only for women and start being a key part of being present in marketing strategies of retailers. Other image centric sites such as Tumblr, Slideshare, Mobili and Path will see a rise in growth. Business will need to be aware of the importance of sharing images whether its in their blogs or websites. This will enable them to get the most out of their social media content marketing campaigns.
4. Micro-Videos – A lot more to come
We’re impatient beings by nature. Reading 140 characters or watching 2-3 minutes of video is sometimes too much of an ask to fit into a busy schedule. Here’s when Micro Video comes in.
Vine and Instagram’s new video sharing feature gives us the tools to create and share short and precise videos that get the point across. This will also give a rise to videos shared from smartphones. So if you’re at an event or a convention, you can easily share visuals from the event to show your activities to viewers.
It will be interesting to note the changes and rise in video based social media and how they impact the field of social media marketing.
5. No time to spare for Foursquare
Foursquare’s traffic has been stagnant and it has faced tough times in raising capital in 2013. The struggles will continue in 2014.
Location based services are now also being offered by other social networks such as Twitter, Instagram and Facebook. It’s only inevitable to see Foursquare calling it a day and its users dispersing into other social networks.
6. Good times to come for MySpace
MySpace is scheduled to rise in 2014. Ready make a comeback after going through a thorough makeover and rebranding itself this year. It now has an iPhone app that allows users to listen to their own personalized radio stations, receive private messages and to grow their network from a mobile platform.
MySpace may not be hit the same heights as Twitter or Facebook, but it will be interesting to see how far it grows as a social network for music makers and lovers alike.
7. LinkedIn to thrive as a B2B network
With 238 million users, LinkedIn has kept its own with professionals. But its not sitting on those laurels and has started an Influencers program to become the largest source for professionals when it comes to content creation.
Being ‘linked in’ will have its advantages for B2B marketers as the network sees an increase in users.
Social Media Marketing – What’s the point?
There are several advantages of having your business on social media: 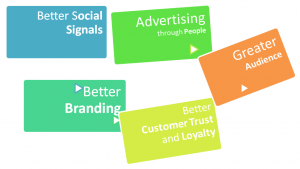