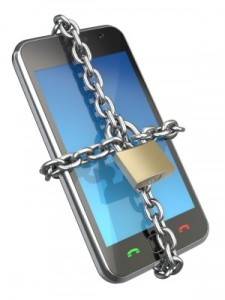 Smartphone popularity is currently in a phase of exponential growth, individuals searching for high tech devices are replacing traditional mobile phones with feature-laden smartphones. According to Gartner estimates, consumers all across the US would most probably be buying a smartphones than any other devices in 2011. In the US alone, sales are expected to rise from 67 million phones in 2010 to 95 million in 2011, making smartphones the highest selling consumer electronic device.

It is also anticipated that the growing popularity of smartphone will raise questions on its security issues. Although they are not under any major malware or a Trojan attack, but the future of mobile security is still unprotected.

Iphone OS, Blackberry, or Windows Mobile being closed sourced may not be so vulnerable to such attacks. However, Android due to its strength of ‘openness’ is quite defenseless. Recently a Trojan (also known as HongTouTou) bundled up with re-packaged Android apps was circulated in the alternative app market in China. Malware writers are also creating their own app stores to distribute suspicious applications among users. It is predicted that by 2012 these app stores may hit the US market.

As a matter of fact, these malwares will possibly result in disastrous effect, even more intense than it has on our PCs, because we usually carry some personal information on our phones which generally doesn’t appear in our PCs. This might be our phonebook details, text messages, or even photos. Smartphone security threat is in its initial stages, and a large number of companies are setting up for a security app of some sort. However, at this stage, it quite uncertain to predict as to what will happen next.