Imagine an advertising medium that can penetrate a massive 15 percent of total world population globally. Ideally, the associated costs for such an endeavor would be a death trap for any organization. Surprisingly, the early nineties saw the rise of a ‘Pentagon-scrapped’ technology, now free for all to use and abuse; something that belongs to everyone, and yet no one- the Worldwide Web. As of today, this phenomenon has penetrated into the lives of 1,463,632,361 people*, and they actually PAY for its access.

Though initially considered a ‘lop sided’ concept, the Worldwide Web (popularly termed ‘internet’, though both are theoretically separate concepts) became an indispensible part of our everyday lives. Its FFA (free for all) nature made it an ideal advertisement/marketing medium. But like all other things in life that are FFA, it slowly transited from being an effective, useful and indispensible amenity, to a cluttered, disorganized, virus ridden, unmanageable broth that contains everything, without a clue on where to find anything.

As necessity is the mother of all ‘useful’ inventions, the need for finding gold in a garbage heap gave rise to metal detectors; Web Directories, Listings, forums, communities, and most important of all, search engines. Initially the most popular web listing/search engine hybrid was Yahoo (first commercial search engine was excite, 1993). But it slowly lost its appeal, and the internet was taken over by another being from space.

The Meaning of Life

Amongst all the dotcom bombs that have graced our presence on this planet, Google has always stayed in the spotlight. The hungriest of search engines, this single box search page has revolutionized internet usage, defining the very culture of Internet presence and activity. If it’s hard for you to imagine an FFA marketing channel, then picture this: this simple page hits 15% of the world population for FREE, and it tells them where to go. There is no greater marketer in human history than this one click page.

People don’t search things anymore, they ‘Google’ them. With the dawn of Google (and other competitor engines) the internet became one big, massive territory for marketing dominance for all the brands we know, n all those that we don’t know, plus even those which we would never want to know about. Nevertheless, search engine philosophies finally brought a method to Internet Marketing madness.
Ok. So we have a medium, as well as a professional tool to utilize it with. Plus, it’s all (mostly) free. Let’s get to starting our business, and making cash while we sleep.

Dotcom Galore – The Risks of not taking Risks
Mankind has the innate ability to create the very best out of necessity, and then misuse and abuse them ‘exhaustively’ once we start taking them for granted. There is no rocket science to the fact that most dotcom business models fell on their faces, FLAT, owing to their airy-fairy and impractical nature. When something is made free for everyone, it tends to become more of a menace in terms of the competition it spurs, rather than being an asset. The ‘Risk-Free’ nature of the internet marketing endeavor made it extremely popular amongst all business spheres. 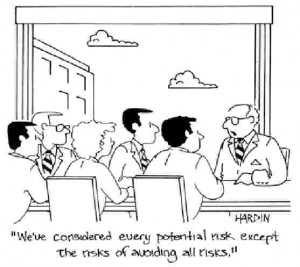 The dotcom business model was ‘copy pasted’ to each and every retail industry, and implemented ASAP. Not realizing the epilogue to the prevailing situation, heavily budgeted companies started storming the business process of ‘selling through the internet’. This gave rise to intense competition, formulated, self styled strategies, and even training programs about attracting customers via impulse. The result – a medium filled with sellers selling everything, everywhere, with little or no buyers in sight. People started selling things they didn’t even know much about, just because of the ‘easiness’ of the business concept. Sleazy affiliate programs, mass email campaigns, link spammed websites, content spammed pages, and the ever inevitable ‘adult entertainment’ industry, with all its immoral concepts and credit card scams, hit the fan.The introduction of pay per click (initially started by Goto.com –overture) added fuel to the fire, wherein relevance ranking was superseded by ‘him who pays best, stays on top’. People still couldn’t find what they were looking for, and advertisers were only finding extraneous clicks. The most important of all commodities – Brand integrity – (esp. for Internet Marketing as a whole) was compromised, due to lack of thought before action, and the delusion of working in a ‘Risk Free’ situation.

The Blame Game
Most people blame the dotcom failure on marketing mismanagement and the search marketing approach itself. Some SEOs blame the ever changing algorithms of Search engine spiders. 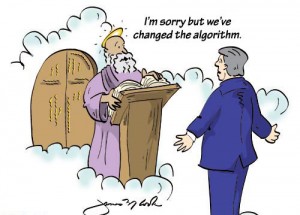 However, it is imperative to mention that these very changes protect the sanctity and effectiveness of the system, as those looking to take advantage of the system are continuously trying to find out workarounds to improve their rankings overnight.
PPC is also dragged into the discussion. In fact, most of the controversy surrounds pay per click engines, as they caused the most collateral damage in the dotcom demise, with organizations getting advertisement PPC costs amounting to millions of USD within 12 hour sessions, selling nothing but a failing image of an over-advertised product.

Once that is done, a very specific approach is required, in terms of segregation of targeted search terms for attracting relevant web traffic to your site. Moderate, but relevant web traffic is far better than humongous site visit counts, and high visitor exit rates. After careful consideration, many strategies were adopted one after another, using data statistics from dotcom giants that fell in the years past.

The most commonly used and effective methods were found to be directly linked to relevance. Search engines, blogs, even PPC, started rating content on the basis of relevance. It would be interesting to note that Google’s Adwords (PPC) was the first among PPC engines to give CTR greater importance than actual bids themselves. CTR (click-through rate) determines the relevance of each specific advertisement, ‘per search term’ basis, as a ratio of clicks against impressions. The algorithm is simple, and implies that a listing with a higher bid, which does not get a lot of clicks, will be displayed BELOW a listing that has a lesser bid (amount paid per click) but a  better CTR. This method also ensures visitor loyalty, as potential customers are automatically segregated from casual browsers, as all Google ads contain a bit of description regarding their advertisers’ products.

With the advent of Google Adwords, Google analytics, WordTracker enhancements, and several other FFA SEO support services, internet stat spiders and all that, PPC as well as organic activity adopted a specialized structure, with more productive business emerging via the web, especially within the retail industry. Moreover, blogging began capitalizing the major share of interest amongst internet surfers. People started blogging about this, that and everything in between. 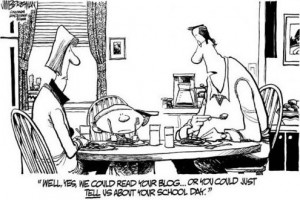 Another widely observed phenomenon was the social networking concept (this was fuelled to a great extent by blogs). People began connecting with each other over common interests, leading to fruitful, mutually beneficial associations and groups, business, politics, current issues or otherwise. As of today, social networking has penetrated into e-business, thereby materializing ‘business relationships’ and open, FFA forums for such ventures. Some of the most successful brands in this field are Alibaba, Linkedin, Xing, Elance, Ebay and a host of other web portals, which place e-business opportunities at your fingertips.With new social networking and business relationship portals emerging, this new breed of concepts (termed ‘Web 2.0’) has redefined the potential of E business and search marketing worldwide. Affiliate networks and social networks are no longer separate entities; you can make money and make friends at the same time.
Nevertheless, the FFA nature of all internet based activity implies quicker saturation of avenues than any other industry, and the only thing constant about this business, was, is and always will be – change. To harness the raw potential of Internet Marketing and adapt to its ever-changing nature, one constantly needs to revise search marketing techniques, stay on top of latest developments, and above all, KNOW their product before they start marketing it. A specific, informed approach will always make a business stand out head and shoulders above the rest.
To conclude, I’d like to present my favorite analogy on this topic. In life, it’s our sense of values that make us who we are, and determine how high we fly before we hit the ground. This applies exactly to Search Marketing – at the end of the day, it’s your choice of search terms that will determine the lifespan of your business on the Internet.