More often than not, one tends to classify professional colleagues in terms of gender, and develops different strategies for communicating/interacting with each gender. Also, the concept of male dominance in society has also seeped into professional culture to a great extent. 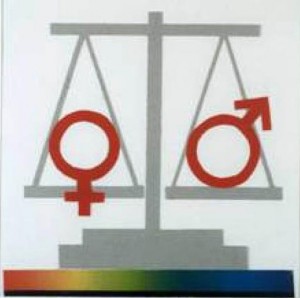 In the past 10 years of my professional life, I’ve had the opportunity of working with both genders, in various business relationships, including those of colleague/superior/subordinate, as well as client/service provider. Contrary to cultural expectations, I’ve found that women, on an average, tend to be more capable and professional in terms of their talent and skills, as compared to the average male individual, taken from the “army of men” dominating the “professional planet” (myself included).
My question – why does this gender bias exist? Why is it so difficult for males to realize that women can actually do a good job at stuff, being themselves, in their own way.
Similarly, this question can also be inverted – why is there a common perception (or misconception) that professional society is dominated by males, and that ‘a woman’s survival in professional life is far more difficult than that of a man’.
Ideally, merit should determine the progress capabilities of an individual in ones professional career, man or woman alike. Then why does gender come in the way, more often than not.
Please state your opinions with rationale – cause, effect and suggested remedy, sort of.
Looking forward to a constructive debate on this topic. Please refrain from biased/sexist remarks. Will add my opinion as a clarification, later down the road.
Z