Linux Doesn't Cost Anything – But Should It?

Linux is easy to learn, highly capable of fulfilling a typical computer user’s needs, and 100 percent free. So why is it that Linux still has such a miniscule share of the overall desktop market? Maybe its gratis nature has been keeping it down. It seems that when consumers don’t know enough about a product, they judge it by its cost — and “free,” at least on a subconscious level, translates to “not as good.”

Free Is Bad? Why?

Why, you wonder, when all along we’ve sung the FOSS praises of GNU/Linux (hereafter referred to as the more simple “Linux,” with all deference to Stallman) and that Linux is free? What could be better than free? 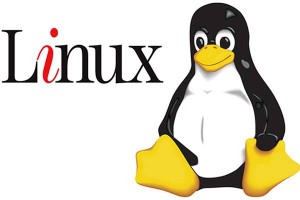 If Linux Desktop is free and can’t gain more marketshare (estimates range somewhere around 1 percent Linux Desktop market penetration) then one or a combination of the above reasons must be why Linux fails. If Linux passes all points in the opening paragraph, what gives?
It turns out that when customers don’t know enough about a product, or the gestalt of a product, their only second best way to guess about the quality or value of that product is by price. It also turns out that for Linux Desktops and computers, how and why they work (or don’t), really is rocket-science hard. Heck, computers are what’s used to do rocket science, and general users don’t have the background to really know what determines “quality” in computers. This is especially true for the computer desktop.
Users know little about underlying technology that holds a desktop together, and they shouldn’t have to. That leaves users to more typical means to decide “quality.” One of the most universal is price. Since users can’t evaluate the technical underpinnings, they can decide that if it costs a lot, it must be superior. Or, in contrast (and this is Linux’s bane), if it is inexpensive (or FREE) it must be because it’s not as good.

But Is Linux Really Good Enough?

This point begs more discussion. In future articles I promise to drill more deeply into this topic. For now, I submit that in my (more than anecdotal) opinion, Linux Desktop is far from deficient.

The users of Linux Server technology are extremely technical, and with good reason. They support technology on which businesses run.
Users of Linux Server barely blink that Linux is free — they’re much more interested that Linux is excellent. Their measuring stick is based on deep technological understanding, and hence they do not need to look to alternate valuations. And in the server market, Linux thrives in spite of being free.

What about Mac OS X? I won’t argue the nuances of good, better and best, but really? Is OS X that much better than XP, Vista or 7? I happen to think OS X is better and Mac systems are well-designed and implemented, but is a US$2,000 MacBook Pro really $1,000 better than a comparably configured Windows 7 laptop (I’m being generous — you can find $600 comparable machines)? Much of Apple’s (Nasdaq: AAPL) finesse is their marketing and the cachet it creates.
Furthermore, is “FREE” Linux, in comparison, as stature-less in value? Again, without getting all fanboy about any of the three, it’s clear in my opinion that Linux Desktop competes on par with 7 and OS X. But users looking for options wonder “Why free?” and shuffle Linux down the list — free must mean inferior!
Also consider the new Droid smartphones. Their Android operating systems are Linux-based. And the Droid smartphones are as expensive as Apple’s iPhone, as well as all other smartphones. People, these are Linux-based! And they’re wildly popular! And expensive. And popular. And Linux.

But Linux Has to Be Free!

Yes, Linux is Open Source and Linux is free. But there are myriad ways to combine the free Linux with added value. Water is free too (kind of), and you don’t find people hesitate to pay a buck-fifty for 12 ounces of it because it’s in a pretty plastic bottle! There are ways.
Then how?
I wish I knew, but I’m in the opinion business. I do think Linux Desktop gains main street cred when someone finds a way to cut, polish and mount a Linux Desktop diamond in the rough. Polished, packaged and priced like a real product, Linux Desktop offers attractive marketing opportunities. Linux Desktop is ready for prime time. Linux Desktop needs to look, feel, smell and cost like prime time. We’re more likely to proudly show off our shiny new desktop we bought. And that is how we create a Linux Desktop buzz.
Linux Desktop buzz is what’s been missing. Really. And the company that finds a way to create the buzz puts Linux a chip shot away from real market share. Linux Desktop — it’s going to cost you. And it should
Reference: http://www.technewsworld.com/story/Linux-Doesnt-Cost-Anything—But-Maybe-It-Should-70377.html