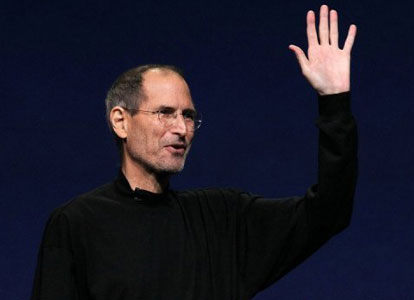 Aug 25th 2011 has now become a historic date for the Apple calendar as Steve Jobs officially announced his resignation as CEO of Apple. Steve may have retired but he will be with Apple as chairman of the board and Tim Cook will be taking place as a new CEO who is working with the company as chief operating officer.

With this announcement many news and rumors started to flow in the industry spreading curiosity and anticipation to know the reasons of Steve’s sudden retirement and a statement in his resignation letter was the question mark for the people which said “he’s no longer able to meet his duties and expectations as Apple’s CEO”. Later many online sources state that this decision is because of his health issues as he was diagnosed with pancreatic cancer and tumor in liver which were operated successfully in 2003 and 2009.

Industry will definitely be missing Steve as a great public speaker, presenter and innovator of smart phones (iPhone) from Apple, we are still wondering about the launch of Apple iPhone 5 and next events if people will be able to see Steve in his exclusive style again.

Steve resignation doesn’t only left industry in a shock but it had a strong impact on stock market, on the next day of his announcement Apple’s stocks fall up to 5%, not to forget apple scored $403.41 on July 26 which set a new record in stock market. Apple stock market journey started 8 years back with only $6.56.

Today, now people are having keen eyes on every move on the new CEO of the company and expecting Cook to be the next Jobs, Tim Cook used to be serving as a caretaker of the IT giant in the industry but now he is going to head it. One interesting fact about Cook is that people are also interested in seeing his performance as a GAY CEO, which apparently makes a huge difference somehow, another question circulating in the media is that if he being a gay CEO would have an effect on Apple’s products, will it influence a particular community to raise sale chart of the company too.