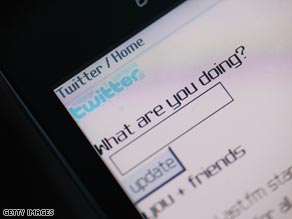 Rapid-fire TV news bulletins or getting updates via social-networking tools such as Twitter could numb our sense of morality and make us indifferent to human suffering, scientists say.
New findings show that the streams of information provided by social networking sites are too fast for the brain’s “moral compass” to process and could harm young people’s emotional development.

Before the brain can fully digest the anguish and suffering of a story, it is being bombarded by the next news bulletin or the latest Twitter update, according to a University of Southern California study.
The report, published next week in Proceedings of the National Academy of Sciences Online Early Edition, studied how volunteers responded to real-life stories chosen to stimulate admiration for virtue or skill, or compassion for physical or social pain.
Research leader Antonio Damasio, director of USC’s Brain and Creativity Institute, said the findings stressed the need for slower delivery of the news, and highlighted the importance of slow-burn emotions like admiration.
Damasio cited the example of U.S. President Barack Obama, who says he was inspired by his father, to show how admiration can be key to cultural success.
“We actually separate the good from the bad in great part thanks to the feeling of admiration. It’s a deep physiological reaction that’s very important to define our humanity.”
Twitter, which allows users to swap messages and links of 140-characters or less, says on its Web site that it sees itself as a solution to information overload, rather than a cause of it.
This function, It says, “means you can step in and out of the flow of information as it suits you and it never queues up with increasing demand of your attention.”
Source:
http://edition.cnn.com/2009/TECH/ptech/04/14/twitter.study/index.html
http://www.ireport.com/ir-topic-stories.jspa?topicId=215925