Peace everyone.
I’ve recently started doing some generic research regarding internet usage and its impact on society. I’ve come to find that in more ways than one, it is both a source of benefit as well as harm to the human race. With internet penetration increasing to a whopping 26.6% internationally, it has become a major propaganda medium, that helps shape perceptions all over the world. 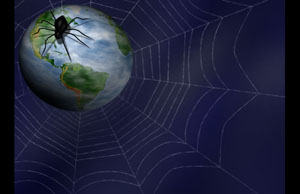 Its penetration is most within the US (North America76.2%), and most people would arguably consider the internet a mass media propagation tool for the US (which I do not agree to, to an extent). Its penetration into eastern countries within the past two decades however, has helped shape perceptions globally, increasing cultural influence of nations with greater internet penetration over those who are relatively newer to it. Apart from effective communication tools, online businesses and the like, it has also helped create informational databases like Wikipedia, which can easily be classified as mankind’s first free knowledge base -one that grows by itself.
So in a word, internet= information. But the question here is – Credibility. Is everything that we see/read  on the internet credible? Should there be some kind of regulation over internet publishing that validates credibility of published information?
Might seem like an infringement on freedom of expression, but most countries do exercise a certain level of regulation over what their populace can /cannot see over the web. China for instance, has a ‘Great firewall of China’ in place, their rationale being that they wish to stop usage of illicit content (porn sites) within their populace. Another unstated reason would be preservation of Chinese culture over western, and keeping their people restricted to sources of information that only the Chinese Govt. deems credible.
National security has also become an issue, with rebels and terrorists using the internet as a means of protest and victimization, thereby creating sentiments of rebellion within targeted nations. Nations are also at war in the virtual world, with one publicizing its perspective over the other. My country itself is going through a phase like this, where people are dividing into 2 sets of value structures, both heavily influenced by alternate forms of media propagation, internet or otherwise.
So the question really is- Should countries resort to internet content regulation? Should censorship over the internet be implemented at state levels, or is it better to let the virtual world be FFA – just like the wild west? How can a nation ensure that its ideologies and cultural values stay intact, with/without imposing such restrictions?
Comments appreciated, with rationale.
source link: http://zohaibhisam.com/?p=165
z