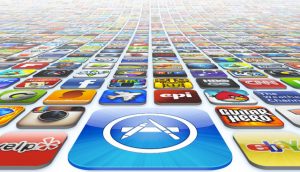 It’s a proud moment for us and the developer community that today Apple App Store is filled with over 775,000 applications for iPhone, iPad and iPod touch.  Last year the App Store had passed over 40 billion downloads in which 20 billion downloads were recorded during 2012 with nearly two billion downloads happened in December alone.  The press release today says that there are over 500 million active accounts on App Store worldwide that reflects the growing Apple’s user base and its popularity.
The App Store today is accessible in 155 countries and having a great range of apps in 23 different categories, including newspapers, games, business, news, sports, health & fitness and travel with more than 300,000 native apps for iPad only.
Eddie Cue, Apple Senior Vice President of Internet Software and Services said “It has been an incredible year for the iOS developer community, developers have made over seven billion dollars on the App Store and we continue to invest in providing them with the best ecosystem so they can create the most innovative apps in the world.”
The great hits of last year In 2012 were Temple Run( downloaded more than 75 million times) with other emerging services including Uber, Flipboard, HotelTonight, and AirBnB attracted millions of users on iOS.