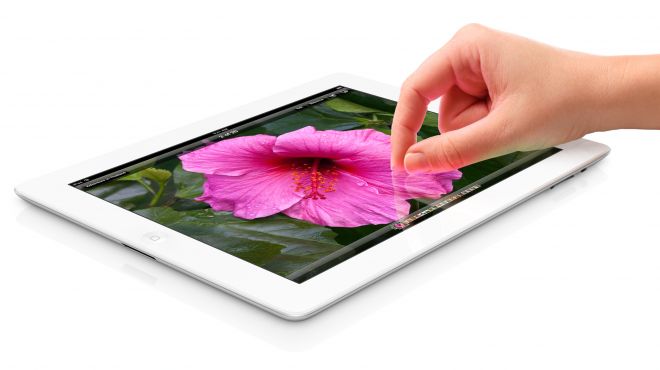 Apple is always up in innovating and improvising its own products, this month the hottest industry news is the launch of the third iPad by Apple. An upgrade to the last iPad, this device is coming out with few new and great features like 4G LTE, retina display and improved camera.
Since the announcement has made for the new iPad, people are anticipated to get their hands on this new gadget. This time Apple has put more focus in making the graphics and visual experience of the device better than ever and have built screen with more than 1080pixels which has given it HD resolution, that’s why people are calling it iPad HD although this term didn’t use by any Apple execs during the product announcement.
The highly developed 9.7 inch screen of the iPad will provide better results to view high definition pictures, videos and will make text looks smoother.
“For the first time an iPad has a higher resolution than even the display behind me” said Phil Schiller during the announcement.
As iPad are becoming common for reading and other business purposes the new iPad’s retina display with 2048 x 1536 pixels resolution at 264 pixels/inch, will reduce eyestrain problems to users cause due to the longer use of the device.
The design of the device is similar to the last iPad, as an upgrade to the earlier model Apple has kept the identical design. The innovative giant has also recently disclosed that iPad 3 will be a bigger hit than the last model, the device will be available on stores from March 16 and it’s said that pre orders have already been sold out.
With this new and improved tablet Apple has set the bar for its competitors, more we can dig out about the device and market response after it will be out. So far it’s sounding like a great hit taking Apple higher in the competition. Take a sneak peak of new iPad here http://www.youtube.com/watch?v=DJxZ0HVQXo8