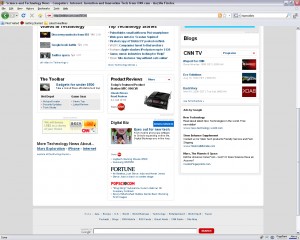 Users that search at Adwords-integrated engines get these paid listings as search results, meaning that what the user gets to see does not only depend on how much it relates to the search, it also depends on how much the advertiser is paying for it.
Since its launch in 2000-2001 – Adwords revolutionized the PPC domain, easily taking over overture’s (goto) territory with leaps and bounds, due to its authenticated content system, use of CTR (click through rate) in ad placement rankings and the minimum bid system, concepts that were not implemented in earlier PPC systems.
However, during the period of 2003-2005, another Google product started taking root. AdSense is an ad serving application run by Google Inc. Website owners can enroll in this program to enable text, image, and more recently, video advertisements on their websites. These advertisements are administered by Google and generate revenue on either a per-click or per-impression basis. Adsense also pays websites a share of the revenues generated through ads placed on them, all the more reason to get more traffic on the ads, relevant or not.
In dummy terms, Adsense puts Google Adwords ads all over internet sites, for free, helping Adwords create more impressions and clicks for its advertisers. However, some things which have never been brought to the table , are as follows:
Ive been into Internet Marketing ever since i was 17, (2001). My data statistics show that my clients CTR’s(click through rates, impressions/clicks) , irrespective of business domains, have improved considerably with the introduction of Adsense. However, the real variable, conversion ratios (prospect-> client) has dropped down immensely, due to increase in unwanted traffic, even on specifically targeted search terms.
In case you haven’t figured it out yet, Google’s willingness to share advertisement revenues with people who put adsense on their sites has resulted in foolproof scamming methods, which are continuously in a perfection cycle. People are specifically making ‘content-authentic’ websites just to create more n more clicks at their Adsense accounts. Some scammers are even using business models where they encourage visitors/variable IP bots to click ads on their sites, so that they get maximum Adsense revenues. Google has come up with quite a few best practices, systems and site ban policies to save face from such scams, but the core AdSense business model itself is a loophole that continues to be exploited.
At the end of the day, its the advertiser that ends up suffering owing to the ‘click more, get more’ nature of Adsense. Coming to the inference – would you, as an advertiser, want to show up on Adsense? How do you feel Adsense has effected the PPC market. Though it has done wonders for Google, does it really help advertisers improve conversion ratios on sales, or was Adwords much better off without Adsense? furthermore, what is the way forward, if PPC has to redeem its past glory as the most cost effective and efficient conversion method for any business(which is no longer the case).
Feel free to voice your opinions, even if they contradict my statements.
z